Functional Rhinoplasty: What You Should Know

Functional rhinoplasty is the most commonly performed type of nose surgery. It allows correcting the aesthetic part (such as reducing the nose) and the functional alterations in the nasal structures linked to the respiratory capacity. Due to the large number of procedures performed, among the subtypes of functional rhinoplasty, the following stand out:

rhino septoplasty is performed when, in addition to aesthetic improvements, it is necessary to correct the deviated septum;

Ethnic rhinoplasty is performed to alter ethnic traits considered by the patient as too striking — seeking a more harmonious look but without mischaracterizing its roots. For example, enlarged nasal wings, absence of backs, and tips significantly projected down, among other cases.

Post-traumatic or reconstructive rhinoplasty is performed on patients who have suffered an injury that has affected nasal shape or function. It can also be indicated to treat aesthetic and functional deformities resulting from congenital malformations, such as cleft lip.

This technique is often necessary to use skin or cartilage grafts. They are usually extracted from the patient’s own body to avoid rejection. When this is not possible, a synthetic graft can be used.

Secondary or revisional rhinoplasty is performed in patients who have already undergone the previous rhinoplasty (with at least 01 year of difference). These are cases in which the respiratory capacity was lower than expected or the aesthetic result left something desired, whether due to medical malpractice, carelessness in the postoperative period, or eventual accidents.

The procedure is much more complex when it comes to a second intervention. Once operated on, the nasal structure may have insufficient cartilage, fibrous tissues, and thick scars. These factors make surgery difficult and often require autogenous cartilage grafts — which are usually taken from the patient’s ribs or ears.

How Is Nose Surgery Performed?

Rhinoplasty can be performed in two ways: open or closed. The choice of how the treated area will be accessed (which type of incision will be) varies according to the type(s) of technique(s) used and the individual characteristics of each patient. Only then will the specialist be able to reduce, enlarge, align or reconstruct your nasal structure.

In open rhinoplasty, the incision to lift the tissues covering the nose is made through the columella (the region between the two nostrils). This type of access is indicated for more complex cases, in which the surgeon needs to have greater visibility of the operated area.

The open-access route is widely used in secondary rhinoplasty. In addition, it is common in reconstructive rhinoplasty, as in the case of cleft patients. Its main drawback is the scar left after the procedure – although the mark is increasingly discreet, almost imperceptible.

In closed rhinoplasty, the incisions to reshape the nose are internal. They can be made, for example, through the lower lateral cartilages. In this way, the scars are hidden inside the nasal cavity. The closed access route is indicated for primary and simpler aesthetic and functional corrections. For example: in the case of a reduction rhinoplasty to correct the nasal hump (bone protruding from the back) or to treat the bulbous tip. Its biggest attraction is the absence of visible scars in the operated area.

Currently, technological tools have contributed to increasingly perfect and less invasive results, accelerating recovery. This is the case of endoscopic nasal surgery, a type of video surgery indicated to treat obstructive, inflammatory, or infectious diseases and tumors. Chronic rhinosinusitis, for example, is one of the pathologies that can be treated. Learn about the acellular dermal matrix (เสริม จมูก ใต้ เยื่อ หุ้ม กระดูก which is the term in Thai) here. 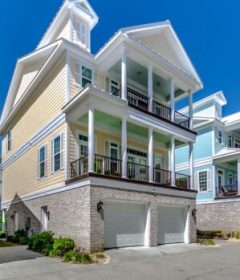 How much does it cost to play casino games online?

How do you know if you have a lucky slot machine?